Hi everyone and welcome to the spring 2017 semester. It is a season of new beginnings within a heightened climate of dissonance and resistance in our cultural and political climate. As we go forward, we want to bring you up to date on our thinking and planning for the semester and beyond.

For starters, Brett and Mo would like to invite conversation on this external review of the “Collaborative Pedagogies for a Digital Age” grant recently conducted by Dr. Rebecca Frost Davis, Director of Instructional and Emerging Technology at St. Edward’s University. The report lays out findings, concerns, and recommendations for the future sustainability and progress of the digital liberal arts, learning, and pedagogy at Austin College. We look forward to multiple opportunities for dialogue, beginning this Friday afternoon when Brett and Mo, along with Randi Tanglen, Charles Curtis, and Barbara Cornelius, will facilitate a discussion of the report with all interested faculty. We’ll gather in the Johnson Center space (Abell 102) from 1:30–2:45.

The Mellon Foundation grant, “Collaborative Pedagogies for a Digital Age,” which launched the Austin College Digital Pedagogy initiative, reaches the end of its formal funding period at the end of this semester. As part of the evaluation and assessment of the initiative, we invited Dr. Frost Davis to conduct an external review of our activities and programs. Rebecca was on campus late last fall to observe classes, meet with faculty, students, and administrators, and gather information. As I indicated, her report will serve as a basis for us to strategically plan for the future of digital learning and pedagogy at Austin College, especially given the decision to discontinue the staff position of the Digital Pedagogy Designer.

Here are a few highlights from Rebecca’s report:

There is much more, but perhaps these observations will give you a sense of where we can begin with our discussions. Again, invite you to join us for conversation this Friday, and we welcome your comments and observations here on the blog, at the AC DigPed Facebook page, or however you want to share your ideas. 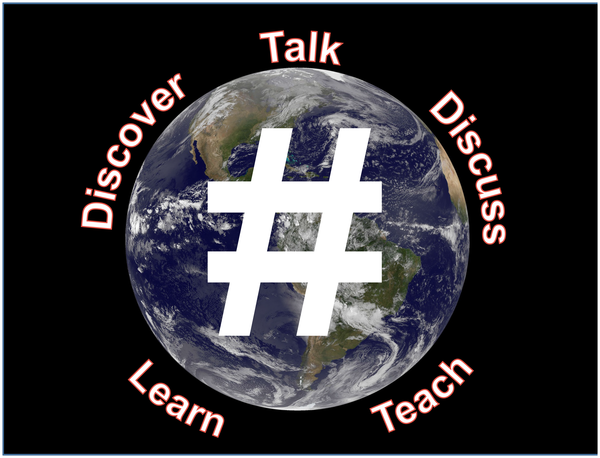 This week’s Digital Pedagogy workshop, “Using Social Media in Teaching and Learning,” will occur Tuesday, September 15, from 4:30–5:30 pm, with a repeat on Wednesday, September 16 from 11:00 am–noon. The location is the library computer lab (Abell 208).

Following up on last week’s introduction to Twitter for academics, this week we’ll explore how to use Twitter and other social media with students. Over the last several years, instructors have been very inventive in experimenting with Twitter to enhance pedagogy. Here are several possible use cases:

Create a “backchannel” for the class. This gives students and you another avenue of communication that can be much more dynamic and rich than, say, a Moodle discussion forum or an email distribution list. A backchannel can function both during class meetings and, especially, outside of class time. Give your course a unique hashtag and ask students to include that hashtag in every course-related post or tweet. Students then have a convenient channel to take notes, make comments, ask questions, share resource links and suggestions, and respond to one another with help. Collaborations could be established with other sections of the course, with other courses on campus, and beyond the college. You could connect the course to outside experts and other persons beyond the class who could enrich student learning.

If you are particularly bold, you could even have this activity taking place during class, letting students “live-tweet” class lectures and presentations, just as commonly occurs at academic conferences. While you might think this would be distracting, it could also be an interesting form of public note-taking and active listening, not all that different from taking notes with pen and paper. It could be very helpful to see, for example, what students take away from a presentation to post on Twitter and how conversations about the subject continue after class. Derek Bruff (@derekbruff) offers a helpful overview of possibilities in “Backchannel in Education–Nine Uses.”

Have students post observations and photos/videos from field or external locations. Many courses have occasions in which students are outside the classroom, performing field observations, visiting museums or galleries, attending events, documenting local activities, etc. And of course students are out and about on their own time as well. Create the opportunity for them to capture course-related information and share it with the entire class.

Margaret Rubega (@ProfRubega) teaches ecology and evolutionary biology at the University of Connecticut and has employed Twitter as a learning and communication tool in her ornithology class. She asks students to post tweets when they observe birds and bird behavior, noting their location and connecting their observations to course material. Students used the hashtag #birdclass, which others outside the class can also access and contribute to (check it out). Her course activity was featured in local media (“Bird Class Tweets Sightings“) and in the New York Times (“On Birds, Twitter, and Teaching“). An interview with Dr. Rubega notes,

“I wanted students to notice birds more. The assignment succeeded beyond my wildest dreams,” she says. In a lecture class it’s easy to lecture at students without making what you’re lecturing apply to the outside world,” Rubega adds. The Twitter assignment forced students to observe for themselves. And they didn’t limit their observations to campus. They posted about birds beyond the Storrs locale – they tweeted on Spring Break and during weekend trips. Students who gave Rubega the impression that they were not all that interested in birds ended up correcting others on Twitter who were confused about bird species. They wrote about birds on Twitter long after the assignment had ended.

Encourage students to live-tweet events, films, presentations, etc. Instead of having students simply watch media and events (either synchronously or asynchronously), why not have them actively engage by live-tweeting? In “Live-Tweeting Assignments: To Use or Not to Use?“, Adeline Koh (@adelinekoh)

explores some of the benefits and drawbacks to one of my most successful teaching exercises using Twitter—getting students to “live tweet” films. “Live tweeting” basically means tweeting as students are watching the film, either by reporting on or commenting on what they are viewing. I’ve tried this with documentaries, films of famous speakers giving lectures, and feature films. Every single time this activity has massively increased student engagement and learning. You can see a sample assignment I’ve used here and and student reactions to the activity here.

Other possibilities for live-tweeting might include events such as speeches and presidential debates. Imagine having students, say, live-tweet and fact-check this Wednesday night’s Republican presidential debate. They could also analyze the social media strategies of various candidates (so check out…if you dare… @realDonaldTrump, or @BernieSanders).

Use Twitter in foreign language and culture instruction and study abroad. Twitter offers many possibilities for students to practice foreign language communication and learn about world cultures from different perspectives. Students can easily begin to connect with native speakers in the target language and practice sentence composition in real-time chat situations.  Vivian Finch (@vivianfinch) describes her experience using Twitter with her German class:

My first foray into using Twitter with my German students stemmed from an excitement generated from personal use of the micro-blogging site.  I found I could easily plug into a community of individuals that I perhaps didn’t know, but with whom I shared common interests.  It was this community feeling combined with the potential for authentic target language communication that led me to begin using Twitter in my introductory German courses.  The 140 characters gave my introductory level students just enough space to communicate with me, each other, and the world at large in German, and all at their own pace, both outside and inside the classroom.  The students were able to create their own community centered on learning German and learning about German culture, and, to a certain extent, took ownership of their own learning process.

Finch has gone on to even more ambitious activities, as she discusses in “‘Adventures in Twitter Fiction’: Student Generated Digital Storytelling and the Foreign Language Classroom.” In this project students collaboratively and emergently create characters and a storyline to write a Twitter short story in German. A story hashtag pulls all of the tweets into one stream. Students creatively use their German, and also think critically about the short story genre.

There are just a few examples that might help you to start generating some ideas. Of course there are also practical issues to consider, such as how to evaluate and assess Twitter and other social media activities, properly structuring assignments and establishing clear expectations, dealing with possible student resistance, and taking into account possible student concerns regarding privacy and intellectual property. So come and join the conversation this week at the workshop and online. 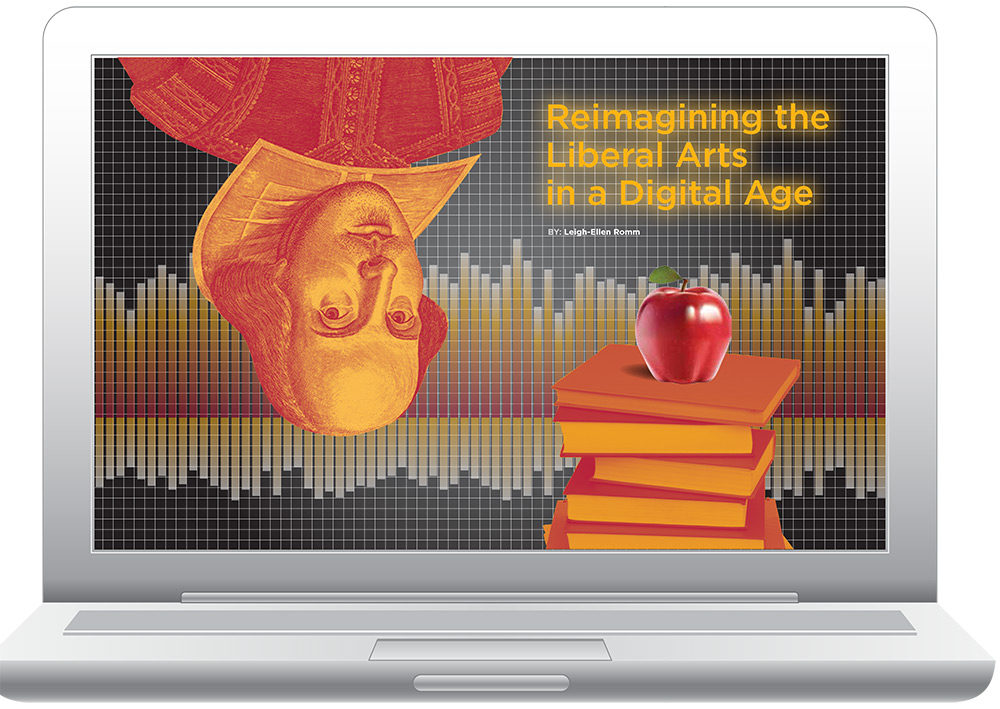 The summer 2015 edition of the Austin College Magazine features a cover story on the digital pedagogy initiative here at the college. We’re grateful to Vickie Kirby, Leigh-Ellen Romm, and all those whose hard work contributed to a very fine article. In addition to the main story, there are breakout sections highlighting four faculty projects: Jennifer Johnson-Cooper (Beginning Chinese I); Dan Dominick (Music History II); Ian MacFarlane (Psychology 101); and Andy Carr (Organic Chemistry). I also have an essay that further describes our goal of having faculty and students establish themselves with a professional academic presence and portfolio on the Web (described by Gardner Campbell as a “personal cyberinfrastructure“).

The entire issue is excellent, of course, so do be sure to take it all in!